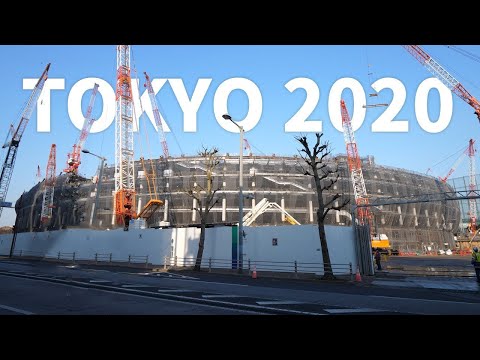 The Winter Olympics in PyeongChang just had their closing ceremony and that means the world turns it’s attention to Japan.

The Tokyo 2020 Summer Olympic Games are 2 years away, and here is what we know right now.

▶︎ The New National Stadium
It’s built on the same site as the 1964 Olympic Stadium.
Designed by Kengo Kuma, it’s a very natural design surrounded by a lot of trees and parks.

▶︎ The Venues:
There are 34 Venues separated into 2 zones.

▶︎ Heritage and Tokyo Bay:
The Heritage zone is where the 1964 Olympics took place.
Tokyo Bay is where the aquatics center, BMX and Skateboard course will be as well as other event.
There are 12 events outside of these zones including foot / soccer, baseball, basketball.

There are 33 sports for the Tokyo 2020 Olympics including 5 new ones:

Within these sports, there are 324 events.
Football / soccer actually starts 2 days before the opening ceremonies.